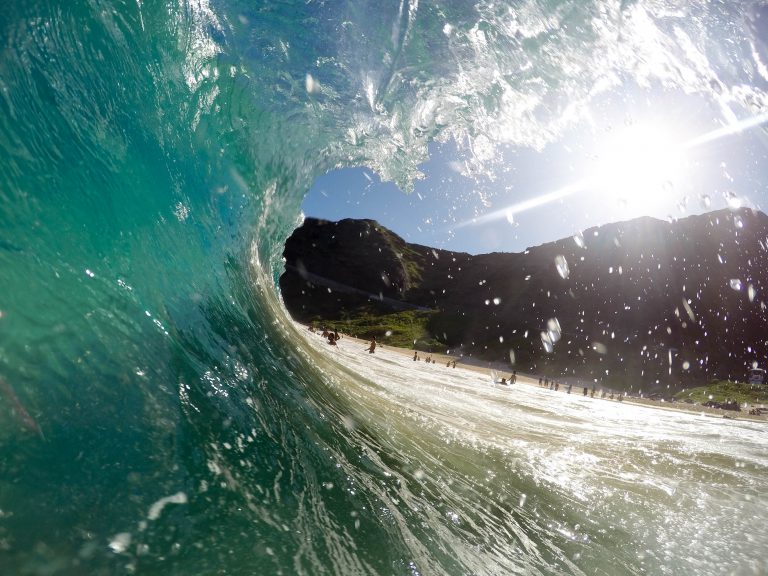 As you may or may not know, Katie and I recently spent some time down in Costa Rica. Katie was actually down there for a total of four months. My trip lasted just over five weeks. We became very accustomed to the pace of the Pura Vida, the intricacies of navigating the public transportation system, and the amazing blessing of spending our days either working on our passion projects or simply enjoying the beach.

Costa Rica was (is) paradise. And as our time there slowly dwindled, we began talking about framing “paradise” as a mindset rather than a specific place. We were striving for the idea that we could take “paradise” with us wherever we went, or at least create “paradise” with commitment and sincere effort.

To be clear, this is still (certainly) something that I believe. We often underestimate the power of our minds in framing (or re-framing) our current scenario to see the good rather than focus on the bad. There are so many examples of this all over the world, and as a student of tourism, I remember (throughout graduate school) often remarking that many of the people who lived in (what are classified as) third-world countries often appear happier than many of us in the United States, despite the fact that they are at an economic disadvantage.

What Makes a “First-World” Country?

A quick Google search for the term ‘definition of first world country’ turned up some interesting results. According to Investopedia, the term ‘first world’ was initially used during the Cold War era. Back then, it was basically used to refer “to a country that was aligned with the United States and other western nations in opposition to the former Soviet Union and its allies.”

For starters, I’m keenly aware that Costa Rica is not a third-world country. It being my first time visiting the country, I was very happy to find well-maintained roads and infrastructure, clean restaurants and coffee shops, easy access to groceries and medical supplies (over-the-counter medications and such), and a general feeling of organization and security.

I liked the fact that our first hostel hosts were incredibly warm and receptive. They smiled, inquired about the length of our stay, and prepared an amazing complimentary breakfast before we hit the road. Following in their steps, we also found an incredibly kind and efficient shuttle driver to transport us south to Dominical. In fact, everywhere (for the most part) we went in the country we found hospitable locals willing to converse.

Now, I’m sure the fact that we both speak pretty fluent Spanish helped, (as did the general feeling of being in a tropical paradise), but I think we liked Costa Rica as much for the beautiful nature and amazing weather as we did for the people and their hospitality. Of course, we did cross paths with a few interesting characters (some of which swindled us out of more money than we would’ve liked), but there were really no points where we felt overly uncomfortable or scared for our safety.

Perhaps most importantly, though, I think we liked Costa Rica because the lifestyle we created for ourselves there was in stark contrast to the way we have lived for much of our lives here in the United States. And it is this realization, the realization that life CAN be lived at a slower pace, that led us to create ‘The Slow Life Guides’ as a resource to encourage others to slow down and to teach them how to do so.

A Hard Look at ‘The American Dream’

To me, The American Dream refers to the freedom to create a life (and lifestyle) that you desire. As citizens of this great country, we must continue to show gratitude for the freedoms that we do have. And I think we have an obligation to pursue our passions through creativity because of these freedoms.

Even so, for some time now I have been struggling with the idea that there are certain ‘boxes’ I must check off as I get older. Box #1: Graduate high school. Box #2: Get accepted, attend, and graduate college. Box #3: Find a career. Box #4: Move up the “ladder” in said career. Box #5: Find a spouse. Box #6: Marry said spouse and begin planning for kids. Box #7: Purchase a home to raise said kids in. Box #8: Have kids, raise kids, support kids, be an amazing parent. Box #9: Continue to support kids as they leave the nest and embark on their own journey. Box #10: Retire and get your freedom back!

Ok, either you’re thinking that’s a lot of boxes, or you might be thinking that I left some things out. You might also be thinking that I have the order of things a bit mixed up. Or that I have a very pretty version of how life should go and it rarely actually works out that way. The point is: how many of us feel a similar way? How many of you also feel like there are boxes you’re obligated to check off? But that sometimes you’d just like to skip out on the whole box thing entirely and learn how to farm a nice piece of acreage in a tropical jungle?

What I Felt When We Came Back

Culture shock is defined as “the feeling of disorientation experienced by someone who is suddenly subjected to an unfamiliar culture, way of life, or set of attitudes.” The term ‘reverse culture shock’ is essentially the same thing, but it happens when we’ve been away from our home country for an extended period and, as a result, we see things very differently when we return.

To be fair, we came from the quiet(er) beach cities of Costa Rica right back to the hustle and bustle of the city of Austin. We sat in more than 30 minutes of traffic on three out of our first four days back in the country. Now, I’m sure some of you are thinking, “Well I sit in 30 minutes of traffic every day just to get to work.” And if so, you’re exactly who I was thinking about when we were stopped dead with the incessant heat of our automobile and the ten surrounding it creating a shimmer above the asphalt.

I was thinking how CRAZY it is that we subject ourselves to this kind of thing on a daily basis. I felt how much faster the energy of the city was moving around me as we sat in that (fortunately) air-conditioned car. I felt my own energy trying to rev up its pace to match the energy of the outer world around me. I felt this knot form just below my sternum. I felt anxious.

And for 10 days in Austin, I continued to feel anxious. I was anxious to get back on the road and out of the city. I felt anxious because this pace of life, while it might bring about incredibly technological advancement in my lifetime, may not be sustainable.

Coping, Creating, and Slowing Down

As a response to this anxiety, I dove headlong into writing as much as I could. I spent an average of 6-8 hours per day in Austin on my computer. I worked on blogs for my two websites, my client’s websites, actively searched for new writing gigs and did anything productive I could to avoid this feeling of anxiety in that city. I found that productivity helped. It helped me ignore the lack of wilderness and my perceived lack of Slow Life opportunities.

Since hitting the road again and driving north and west to Lake Tahoe (our home for the summer months), I’ve felt that anxiety dissipate. Life is normalizing with new jobs and new creative passions, as well as rekindling old connections and making plans to explore the greatness of the Sierra Nevada mountains.

I wanted to share these feelings today because I think it is increasingly important that we turn a critical eye on the pace of life here in the United States. We need to ask ourselves about the pros and cons of continuing to hurtle along at this pace and compare them to the pros and cons of slowing things down.

As you might guess, I am in big favor of slowing down, whether that means meditating, creating art in a quiet room with a window open and the sound of birds floating in, or simply sitting for 30 minutes a day on the side of your favorite river.

Whatever your form of ‘The Slow Life’ is, we need it! I’d love it if you take a moment and share how you slow down in the comments below. Sharing is caring, and the more we know, the more techniques we can try when need it most. I hope you enjoyed this week’s post, and I look forward to your thoughts!

5 thoughts on “The Fascinating Phenomenon of Reverse Culture Shock”