When I think of yoga, my mind automatically goes to the East. I think of Gurus and Sannyasins in countries like India and China. But I’ve never actually done any significant research on the question: where did yoga originate?

Considering this made me wonder how many other people like me are practicing yoga or are interested in practicing yoga, but haven’t taken time to understand where the tradition and principles of the practice came from.

Because I think we can all benefit from a bit of context, I decided to do the research and then share my findings with you. Most of our future posts will contain information you can directly implement in your daily yoga, meditation, or mindfulness practice. 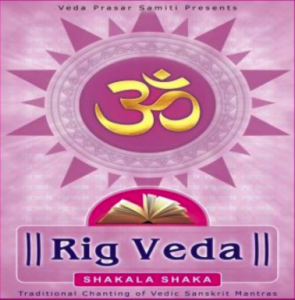 Yoga came from India! Who knew? No, it wasn’t the founder of your local Core Power Yoga studio. More specifically, the foundations of yoga were developed in Northern India more than 5,000 years ago by a civilization known as the Indus-Sarasvati.

There are mentions of the word “yoga” in some of the oldest sacred texts, the Rig Veda. Over time, the practice was refined by Brahmans and Rishis, and the most well-known yogic scripture, the Bhagavad-Gita, is believed to have been composed around 500 B.C.E.

For years, I only associated yoga with those extremely flexible contortionists I kept seeing on my Instagram and Facebook feeds. I never considered it to be much more than a fancy or hip word for stretching.

But, according to the English dictionary, yoga is defined as “a Hindu spiritual and ascetic discipline, a part of which, including breath control, simple meditation, and the adoption of specific bodily postures, is widely practiced for health and relaxation.”

In Sanskrit, yoga translates to “union” or “connection.” It is used, in this context, to refer to any form of connection to anything, be it a material thing, a physical person, or an emotional experience.

It is important to note that there is no singular definition of ‘yoga’. It can apply to bodily postures, breathing, cleansing of the body and mind, visualizations, mantras, and meditations. It is also a science and a philosophy.

In the words of the sage Patanjali, “Yoga is the blocking of mental modifications so that the seer re-identifies with the higher Self.”

The classical period of yoga is largely defined by the aforementioned Patanjali’s “Yoga-Sutras”. Patanjali set forth what many yogic scholars believe to be the first systematic presentation of the yogic tradition.

He wrote this presentation sometime during the second century, and it organized the practice into an eight-limbed path that was designed to lead to enlightenment. For many yogic historians, Patanjali is referred to as “the father of yoga,” and his principles still strongly influence many modern yoga practices.

A few hundred years after Patanjali, a new group of yoga masters developed a system for rejuvenating the body and prolonging life. Unlike, the teachings of the ancient Vedas, their new system embraced the physical body as the means through which one could achieve enlightenment.

These yoga masters were responsible for the creation of Tantra Yoga, which introduced a number of radical techniques for cleansing the body and mind. The main goal of these techniques was to “untie” the knots that keep us tied to our physical existence.

The body-centric practices and the exploration of physical-to-spiritual connections heavily influenced the adoption of yoga in the West, which is typically called Hatha Yoga. In Sanskrit, ‘hatha’ translates to sun (ha) and moon (tha). It refers to the balance of the masculine and feminine within all of us.

Today, yoga remains much more than stretching, as I’ve now learned. Yoga masters began traveling to the West in the late 1800s and early 1900s. But the adoption of the practice in the West remained slow until renowned yogi Indra Devi opened her studio in Hollywood in 1947.

Hatha yoga today offers many schools or styles and these all emphasize many aspects of the yoga practice. The good news about the continued development of yoga is that there are many types of practice to choose from, which basically guarantees there’s something out there that’s perfect for you!

If you’re interested in yoga and meditations, check out this week’s Full Body Relaxation Meditation. We’ll also be posting a yoga class every Saturday, which you can find on our Patreon page!

If you need to find a new yoga studio close to where you live, or as you’re traveling on the road, be sure to check out Yoga Finder!

It’s essential to mention in closing is that there’s no such thing as a hierarchy in terms of “who’s the best yogi here?” This has been my primary mistake in adopting yoga into my life on a more regular basis.

Too often I compare my practice with someone else’s, and these unhealthy comparisons hinder my ability to dive further into my Self and my practice. I then get distracted and forget why I began a practice and why yoga is important to me in the first place.

Your yoga is for YOU! It’s not for anyone else! And I hope you find strength, peace, and balance with your practice.

If you liked this article, please leave a comment below! If you have a question about anything, feel free to leave that below as well and I’ll do my best to respond hastily. As always, I wish you happiness and health, Namaste!